Catholic Archdiocese of Lagos
Nigeria
Connect with Us: 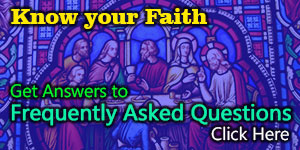 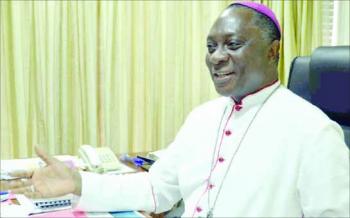 Nigerian law makers have been cautioned to tread softly on their reported move to pass a bill recommending capital punishment for those found culpable of hate speech in the country.

The Catholic Archbishop of Lagos, Most Rev Dr. Alfred Adewale Martins, while reacting to the controversy that has greeted the issue, warned that any attempt by the law makers to criminalize the freedom of expression, which is an inherent right of every human in a democracy, would be tantamount to entrenching tyranny and anarchy on the land.

In a release signed by the Acting Director of Social Communications of the Archdiocese of Lagos, Rev Fr Anthony Godonu, Archbishop Martins argued that mass advocacy coupled with running a truthful, transparent and credible government would help to curb hate speech and peddling of falsehood rather than passing a new law with such an irreversible sort of punishment. A government that is transparent, truthful and credible which gives ample evidence of its performances would by itself put detractors to shame and render them voiceless.

“My attention has been drawn to an on-going move by the law makers to pass a bill criminalizing hate speech and proposing death sentence for those convicted. I believe such a move should be discarded as it borders on infringing on the right to freedom of expression. Would the passage of such a bill contradict the Nigerian constitution which provides for the freedom of expression for all citizens? In any case, there are enough provisions in our law books to address such issues that border on character assassination, sedition, etc.” Apart from that, such a law could become a tool for persecuting anyone whose way of expressing dissenting opinions is offends powerful people in society. Who determines when an expression of thought becomes hate speech could become tricky.

“While I agree that there is need to curtail the spread of hate speech and fake news in the media, the approach to curbing them as being contemplated would amount to killing a fly with a sledge hammer. I believe the best way to stop the excesses of those who engage in hate speech and peddling fake news is through advocacy and continuous dialogue with the relevant stakeholders in the communications industry. In addition, it seems hate speech thrives in atmospheres of distrust, anger and fear. I believe, that if government is able to win the confidence of the masses by entrenching truth, transparency and respect for the rule of law in all of its activities, then it would have removed the fertile soil of deceit upon which falsehood thrives.”

Rather than dissipating energy on attempting to pass bills that would further create a gulf between the masses of the people and their leaders, Archbishop Martins urged the law makers to join hands with the Executive and Judicial arms of government and work towards providing good governance for all.